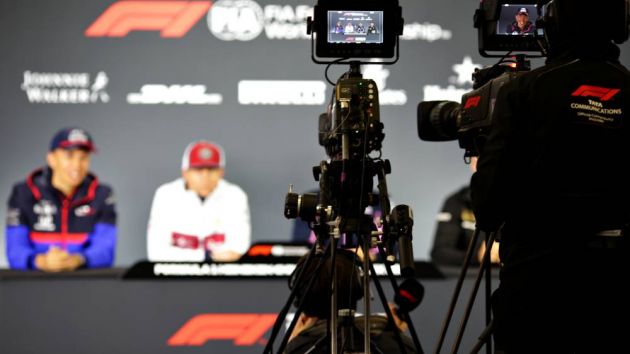 New research from global analytics company Nielsen Sports has found that one billion people will claim interest in Formula One by April 2022.

According to Nielsen, interest in the series last year grew by 73 million – equal to 20 per cent – in ten of the motorsport series’ key markets, which were Brazil, China, France, Germany, Italy, Russia, South Korea, Spain, the United Kingdom and the United States.

The research found that 77 per cent of the growth was driven by the 16 to 35 age group, which as of 2021 accounted for 46 per cent of Formula One’s interest pool.

Nielsen cited Netflix's 'Drive to Survive' docuseries as a key reason for Formula One’s growing popularity among younger audiences, as well as last year’s Virtual Grand Prix series, which was held when races were suspended due to Covid-19. Younger drivers such as Lando Norris, Charles Leclerc, Alex Albon and George Russell also utilised popular streaming platform Twitch to connect with fans over the same period.

As a result, Nielsen found that Formula One’s younger audience grew the most in March 2020, when interest in the series among the 16 to 35 age group rose from one in four to one in three.

The series was able to capitalise on that growth throughout the abridged 2020 season, with Nielsen reporting that an average 2.7 million 16 to 35-year-olds have become interested in Formula One in each subsequent month.

Formula One is also heavily invested in its 'We Race as One' initiative, which promotes sustainability, diversity, community and inclusion, something that appeals significantly to the younger age bracket. Speaking to the BlackBook earlier this week, Formula One director of marketing and communications Ellie Norman said it is "vitally important" for the series to "unite millions" through such initiatives.

"Formula One continues to benefit from its strategy of expanding its content offering – through additional peripheral and story-telling programming – which appeals to that 16 to 35-year-old market," said Tom McCormack, head of rights holders at Nielsen Sports.

"The current grid of young, social media savvy drivers, like Lando Norris, is helping to reach new consumers through platforms such as Twitch and YouTube. By embracing these platforms – as well as OTT services such as Netflix, with its Drive to Survive series – Formula One is now well-poised to convert newcomers to the sport to long-term fans and generate unprecedented interest levels."