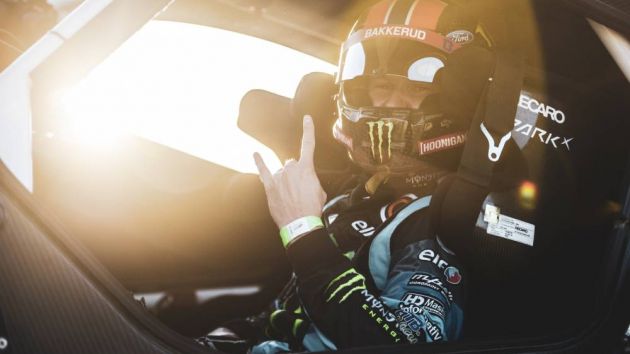 Fans will also be able to follow live sector times recorded by Zenith on mobile devices and via the Extreme E website.

The sustainability-driven series will see each driver pairing compete against the clock in qualifying heats, with the quickest four teams advancing to the semi-finals.

"Building a green and sustainable future is something very much at the core of what Zenith is doing today," said Julien Tornare, chief executive at Zenith.

"We are absolutely thrilled to join Extreme E as its official timekeeper and founding partner. It’s exciting to be at the start of what will undoubtedly become the future of off-road extreme racing, while also bringing environmental issues to the forefront.

"When developing our next collection that we will unveil in the coming days, this is exactly the kind of environment we envisioned for it: Innovative, off the beaten path and pushing the limits of performance to the extreme, where every millisecond counts and every racer can make their mark."

Elsewhere in Extreme E, the series has announced Motorsport Images as its official photography agency ahead of the first race in Al-'Ula, Saudi Arabia this weekend.

As part of the deal, Motorsport Images, which has previously covered Formula One, Formula E, Dakar Rally and World Rally events, will provide all images to the series and its nine teams.

In keeping with Extreme E's target of minimising its carbon footprint, Motorsport Images will be the only motorsport photography agency covering the series, therefore cutting down on emissions and travel.