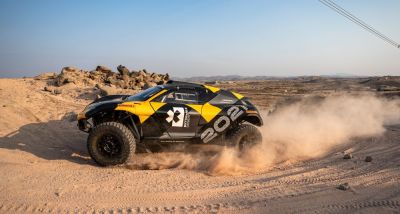 The three-year deal will see Extreme E broadcast in more than 50 markets in Europe on Discovery’s pan-European network Eurosport, while subscription streaming service MotorTrend will air coverage in North America.

Both Eurosport and MotorTrend will have rights to live race action, highlights shows and on-demand programming, all of which will be made available in local languages.

Discovery is the latest in a growing list of broadcasters that have already signed up for Extreme E’s inaugural season. The series already has deals in place with the BBC in the UK, Fox Sports in the US, Canada and the Caribbean, and Sony India in the Indian subcontinent.

Ali Russell, chief marketing officer at Extreme E, said: “It is fantastic news that Discovery has joined our expanding list of broadcast partners. With its extensive portfolio of channels and direct-to-consumer platforms around dedicated passion verticals, Discovery’s brands are visible all over the world and will be instrumental in bringing Extreme E to a truly global audience.”

Extreme E’s debut season in 2021 will feature five competitive events in remote locations such as Kangerlussuaq in Greenland, the Amazon Rainforest in Brazil and Lac Rose near Dakar in Senegal. Each leg comprises two days of head-to-head knockout racing around ten kilometre circuits.