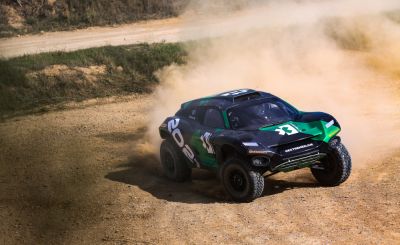 The deal sees the series given prominence on the platform to share news and feature content to Toutiao’s 120 million daily users.

For Extreme E the digital collaboration is designed to help grow its reach in China by accessing fans directly through mobile news feeds.

“Extreme E is an exciting new motorsport, unlike any other, showcasing electric racing, adventure and environmental issues in some of the most challenging environments on the planet,” said Ali Russell, Extreme E’s chief marketing officer.

“China is home to the largest market on the planet for electric vehicle sales, and Toutiao will help play an important role in keeping our audiences up to date with the latest news.”

Yong Gao, Toutiao’s head of sport, added: “Motor racing content is highly-welcomed on Toutiao and its digital platform Xigua Video. We are set to work closely with each other to provide premium content to motor racing fans in China.”

The partnership with Toutiao comes after Extreme E signed off on a streaming deal with Chinese digital media platform China Sports back in June. That arrangement sees China Sports’ Zhibo.tv show all live race action from the series, as well as highlights, preview and review shows and magazine programmes from when Extreme E debuts in 2021.