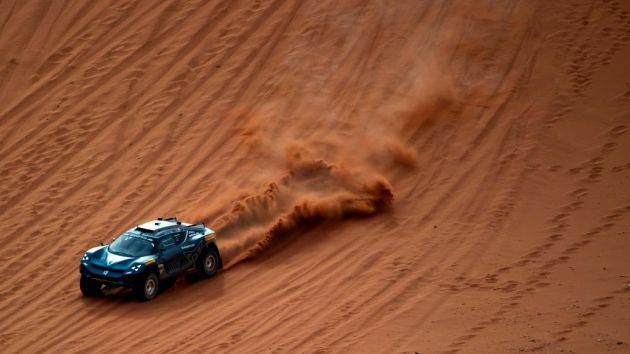 The streaming platform will broadcast the sport for purpose championship's live races, as well as highlights, magazine, preview and review shows in English.

The service will be available in 19 countries across the region, including Pakistan, with the agreement kicking in for the recent Copper X Prix in Chile.

“Extreme E is delighted to be joining StarzPlay’s wide-ranging programme line up in MENA, a vital and burgeoning region for our sport for purpose championship,” said Ali Russell, chief marketing officer at Extreme E.

“Extreme E’s mission to ‘race without trace’ whilst simultaneously raising awareness of climate issues means it is vital that our series reaches as many audiences on as many platforms as possible throughout the world.

“Working with StarzPlay will not only provide viewers with a thrilling and innovative motorsport championship, but also convey the message that we all need to play our part in looking after our planet.”

Andy Warkman, head of sport at StarzPlay, added: “We are excited to welcome Extreme E to our growing portfolio of sports.

“Not only does Extreme E bring high action racing in extreme environments, like Neom in Saudi Arabia, it simultaneously raises awareness of climate issues, so it is important for us to be working with Extreme E on their mission to ‘race without trace’”.