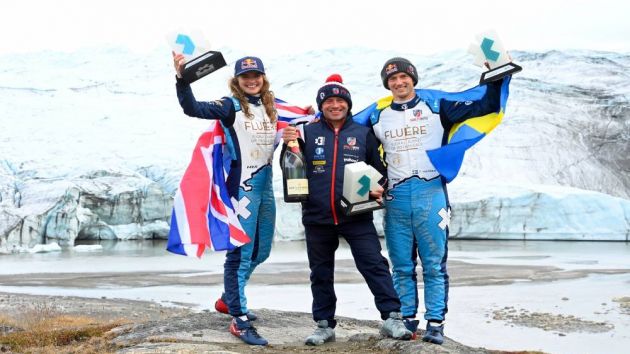 According to a report from YouGov Sport, the championship also saw over one billion impressions across its social media platforms at each of its opening X Prix races, located in Saudi Arabia and Senegal.

Since March 2021, the championship has increased its TikTok following by 250,000. In addition, Extreme E's 'Send It' series on Snapchat resulted in a 900,000 follower growth across all its social media platforms.

Additionally, the series is set to expand its reach in the Chinese market, launching on platforms Sina Weibo, Douyin and Kuaishou.

"We are delighted with these figures – they are really impressive for an emerging sport, and show Extreme E to be one of the fastest-growing new sports, especially one in its first year of racing," said Ali Russell, chief marketing officer at Extreme E.

"The close alliances we have formed with TikTok, Snapchat and others have supercharged our content and audience reach, and I'm delighted with the results. These figures have blown our predictions out of the water and only halfway through the season.

"As a sport for purpose, we are aiming to reach a young fanbase, and our digital content is vital in delivering on that ambition. Equality is a key pillar for the series, so it's great to see a strong female following not commonly associated with motorsports.

"The figures show that these audiences are heavily invested in the stories the series generates: of course, there's the racing, but the climate, legacy and equality elements of the championship resonate just as strongly."