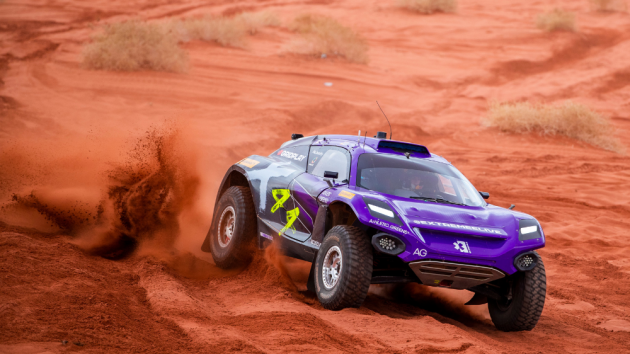 The sport for purpose Extreme E series has extended and expanded its broadcast deal with the Setanta Sports pay-TV network in Ukraine.

As part of the series’ growing expansion in these territories, Setanta Sports will air Extreme E’s live race feed, preview, and magazine shows on its Setanta Sports branded channels, as well as on-demand on its digital platform.

“We are delighted to be announcing our broadcast extension with Setanta in these vital territories,” said Ali Russell, chief marketing officer at Extreme E. “As a sport for purpose championship which is committed to amplifying the benefits of electrification, it is important to further the exposure of Extreme E in a market where EV sales are continiuing to increase.

“There is an even greater purpose to our championship than the radical racing on show, with the need to reduce carbon emissions and combat the climate crisis something which these territories have clearly recognised. As we expand our coverage by extending our partnership with Setanta, I am confident that there will be continued interest in the action-packed wheel-to-wheel racing delivered by Extreme E, as well as the wider storytelling around electrification, the environment and the series’ gender equal platform.”

“This is in addition to the best European football from the Premier League, La Liga, Serie A, Bundesliga, and Ligue 1, and top North American sports such as the National Hockey League (NHL), the National Basketball Association (NBA), and the Ultimate Fighting Championship (UFC).”