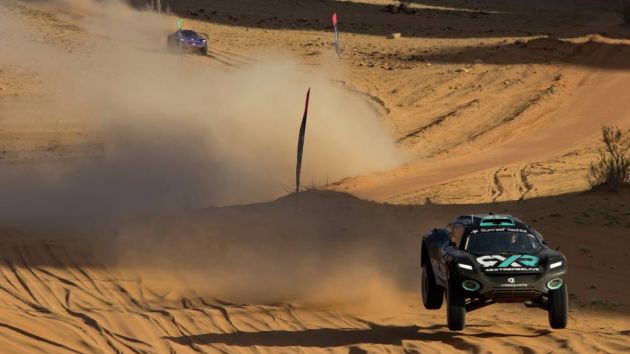 Data gathered by YouGov Sport revealed that the broadcast audience was split across 180 countries, with Extreme E’s potential reach totalling 900 million households. More than 1,500 hours of coverage were broadcast, with the top viewership coming from China.

In addition, it was announced that 5,000 online articles were published surrounding the first race, with a total readership of 1.6 billion. According to YouGov, the UK and the US were the top countries for readership.

Looking to social media, Extreme E reached more than one billion impressions, with the strongest performance coming from Facebook and TikTok.

"The diverse nature of Extreme E meant there was plenty of action across the weekend, with some truly memorable performances, with our female driver line-up coming out as clear winners.

"These numbers demonstrate the massive appeal, not only of our racing format, but also our wider messages around the climate crisis, both of which featured heavily in our broadcast.

“As a sport without spectators on site, these figures are fantastic as they show our broadcast only model really does work to engage people on so many levels, whether that be through broadcast, social or press.

"We are looking forward to building on these statistics as we continue through Season One and bringing the messages of our series around environment, electrification and equality to as many people as possible."