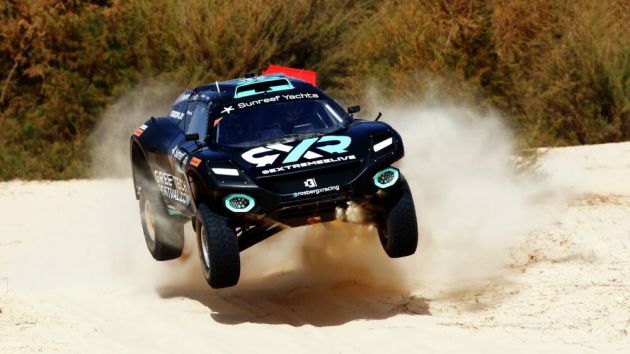 Electric SUV series Extreme E has confirmed that a race in Sardinia, Italy will join its 2021 calendar.

Named the Island X Prix, the race will take place on 23rd and 24th October, replacing the cancelled Amazon X Prix, which was due to be held on the same dates in Brazil.

The impact of the Covid-19 pandemic in South America has forced the series to cancel races in Brazil and Argentina, and Extreme E has since been trying to find replacements.

Extreme E travels to locations which are being impacted by climate change in order to highlight the issues and encourage positive change. Sardinia itself has been hit by rising temperatures and wildfires.

Alejandro Agag, founder and chief executive of Extreme E, said: "Extreme E was built around the ethos of racing electric vehicles in remote environments in an effort to raise awareness for climate change issues and showcase the performance and benefits of low carbon vehicles.

"However, this crisis is not a problem which only affects remote locations. It is becoming increasingly noticeable closer to home, across North America, and here across Europe, with rising temperatures, heatwaves and wildfires, which currently rage in Sardinia itself, being some of the latest devastating examples.

"Together with our supportive hosts and our scientific committee and partners, we will use the power of sport to educate on the causes of these climate issues which are taking place right here in front of us, as we aim to open eyes even wider to the need for all of us to take collective action, now, before it’s too late."

So far Extreme E has travelled to the desert in Saudi Arabia and Senegal’s beaches. The series’ next event in August will see it race in Greenland to raise awareness of the melting ice cap.

It remains unclear where Extreme E will stage its fifth round, although Autosport reports that Iceland, Finland, Morocco, Andorra, Kenya, Russia, Sri Lanka, Egypt and Scotland were also among the contenders to replace Brazil and Argentina on the calendar.