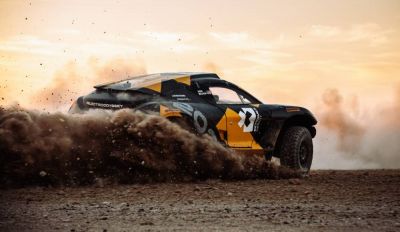 In a contract that encompasses linear and digital broadcast, Red Bee will provide global satellite services for Extreme E, transmitting output from the series’ production gallery via a Dutch-based distribution hub.

With on-site numbers, including spectators, to be kept to a minimum across Extreme E’s five inaugural 2021 series events to reduce carbon emissions, the deal has been designed to optimise remote production.

Ali Russell, Extreme E chief marketing officer, said: “This support from Red Bee Media adds up to Extreme E being able to reach a truly global audience. In line with the championships environmental and sustainability missions, there will be no spectators on site, so it is imperative the broadcast product is right, and shared with as many screens as possible.”

Season one of Extreme E will see the series visit five remote locations in Saudi Arabia, Senegal, Greenland, Brazil and Patagonia to highlight the negative impact of the climate crisis and encourage change.

“The forward-thinking spirit and the commitment to a sustainable future is something that Red Bee shares with Extreme E,” added Steve Nylund, Red Bee's chief executive.

“We’re happy to be a part of delivering fantastic live media experiences, while increasing awareness about climate change at the same time.”