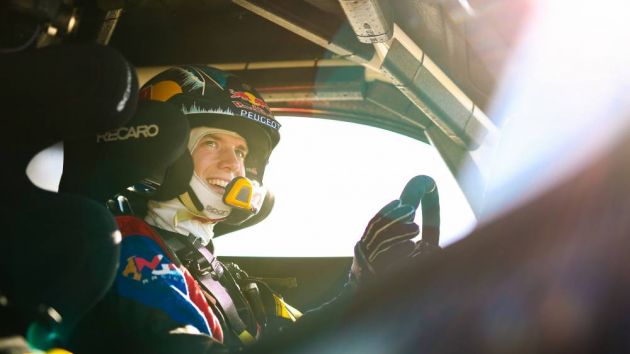 All-electric SUV series Extreme E has announced it is extending its UK coverage with a multi-year broadcast deal with commercial channel ITV.

The three-year deal sees ITV become Extreme E’s exclusive terrestrial broadcaster in the UK until the end of the 2023 season. Fans will be able to watch races live and on-demand on the ITV Hub streaming service.

This new deal aligns with ITV's sustainability aims. It first announced in August 2020 that it has plans to reduce its carbon footprint and reach net zero carbon across the company by 2030. It is the first broadcaster to commit to Albert sustainable certification for all programmes produced by the end of 2021.

"I’m thrilled Extreme E will air on ITV with its reach to the screens of millions of households," said Ali Russell, chief marketing officer at Extreme E.

"The UK has a massive appetite for motorsport, but Extreme E is about much more than that, and I’m delighted ITV shares our common goal of protecting the environment through its sustainable practices, particularly having certification from Albert - the authority on environmental sustainability for film and TV."

Extreme E is an all-new electric series which is set to race in five locations across the world which are facing the impact of climate change - Saudi Arabia, Senegal, Greenland, Brazil and Argentina. With a clear focus on sustainability, the series aims to achieve a net zero carbon footprint by the end of its inaugural season.

Elsewhere in electric racing, Formula E chief executive Jamie Reigle has revealed he was against delaying the implementation of Gen3 cars in the series.

The new lighter and faster generation of the electric cars are scheduled to debut for the 2022/23 season.

"I was adamantly against that," he told Motorsport.com. "Obviously, I was wrong in that I thought the pandemic would be nearly done by now.

"I stand by that decision. We have to make sure that the technology is relevant."

Formula E teams DS Automobiles and Mahindra have confirmed their entry into the Gen3 era, with Nissan, Mercedes and Porsche expected to sign to commit soon.