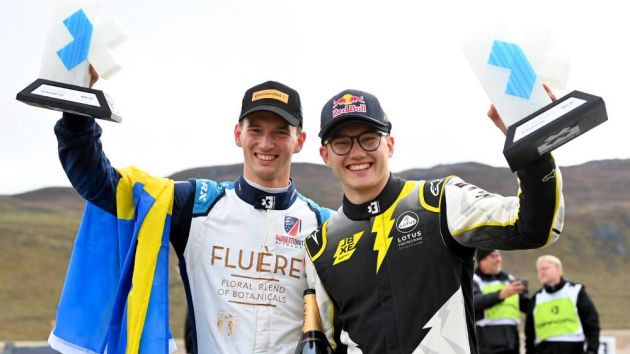 Climate Changers gives audiences a behind-the-scenes perspective on Extreme E, from its inception to racing around the world. Additionally, the programme highlights the series' sustainability-focused messaging surrounding the issues of climate change.

This partnership will also help Extreme E to reach a wide variety of people, both motorsport and non-motorsport fans, to raise awareness and motivate action to have a positive impact on the climate.

"As one of the world’s youngest and most respected airlines, we are delighted that Etihad has chosen one of Extreme E’s magazine shows for its prestigious in-flight entertainment package," said Ali Russell, chief marketing officer at Extreme E.

"Our sport for purpose championship has so many fascinating stories to tell – everything from the creation of the incredible Odyssey 21 race car to life on our ocean centrepiece, the St. Helena. These programmes add so much additional depth to the championship and extend the conversation outside of the racing itself and I’m confident this will entertain Etihad’s discerning traveller.

"Extreme E’s plethora of behind-the-scenes content which includes the fascinating people, the technology, the science and the legacy initiatives, all make for compelling viewing not only for lovers of motorsport but for anyone with a sense of adventure and care for the environment."