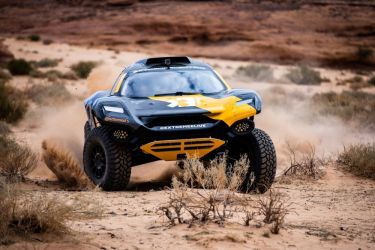 The deal will see the sports broadcaster air every race from the five-stage 2021 season in Mexico, Argentina, Brazil and Chile, with broadcasts to be made available in either English, Spanish or Portuguese. ESPN will also show race highlights and magazine shows from each stage.

Ahead of its debut in Saudi Arabia in March 2021, Extreme E has also signed a new digital broadcast partnership with Huya, providing the series with live race exposure to the streaming platform’s more than 250 million users in China.

Elsewhere, Extreme E’s all-electric sister series, Formula E, has announced it will be hosting its first ever night race in Saudi Arabia when it returns to the desert city of Diriyah for its third consecutive instalment between 26th and 27th February.

The event will see the track lit up with ‘low consumption LED technology’, which is said to reduce energy usage by up to 50 per cent compared to non-LED light solutions.

The remaining energy needed to power the floodlighting will be fully renewable and provided by high performing low-carbon certified hydrogenated vegetable oil made from sustainable materials.