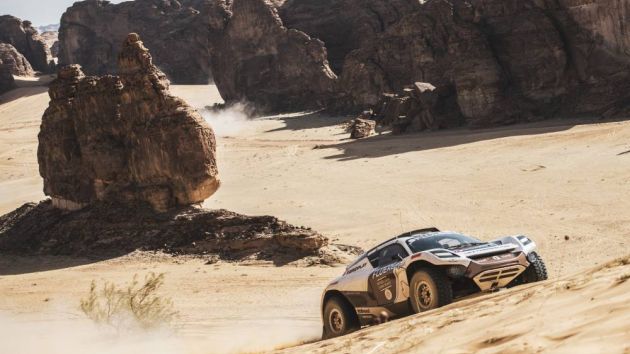 YouGov's findings included a strong boost to local economies in Saudi Arabia, particularly in the race location, Al-Ula, and Yanbu.

Extreme E's logistical and hospitality activities contributed a total of €4.37 million (US$5.14 million) to these local areas, which included travel to and from the race site, employment of locals and local food and beverage provision.

In addition, significant media exposure of the Desert X Prix was also a contributing factor. The event was broadcast in 51 markets, reaching 18.7 million households. This resulted in media value of €32 million (US$37.6 million) for Extreme E.

"We are delighted to have received this data from YouGov Sport today - it’s a fantastic result not only for us as a new series, but also for our host venue Al-'Ula, a fledgling area keen to boost its tourism opportunities – an imperative source of income for the people that live there," said Ali Russell, chief marketing officer at Extreme E.

"Not only that, but Extreme E’s legacy and conservation programme in the Yanbu and Al-'Ula areas continues to flourish long after the event itself – so in essence, our event keeps on giving which is one of our main goals.

"Working with YouGov Sport is vital to Extreme E in helping us to understand our consumer and our potential markets which as a startup is fundamental to our success. What these figures from our inaugural race have shown us is that we are on the right track in terms of our overall strategy, our spend, our environmental activity and messaging.

"This is critical information not only for us as we move forward, but most importantly for our target audiences around the world, our partners, teams and investors."