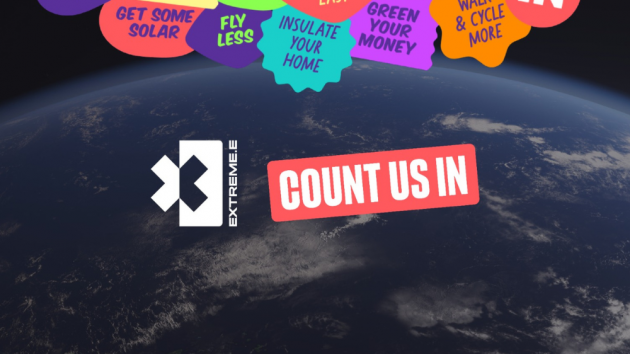 Following its success in 2021, the Extreme E Count Us In Challenge is back for a second season.

The unison between Extreme E and the global initiative Count Us In, first announced in 2020, encourages fans to use the collective power of their individual action on climate, inspiring them to take one or more impactful actions from a set recommended by the campaign.

The goal of these actions is to show that committing to small lifestyle changes, such as eating more plant-based foods, walking and cycling more, as well as reducing energy consumption at home, has a positive impact when multiplied on a global level.

Each action, represented as a step on the action platform, is attributed to the fans’ favourite Extreme E team. The race to achieve the most steps by the end of the season began in Neom, Saudi Arabia at the Desert X Prix, and the winner then receives the Extreme E Sustainability Award.

Count Us In uses a range of data sources to add up the carbon savings of people’s actions. The wider implications of which can therefore urge governments, cities and businesses to accelerate progress and increase their ambition on climate action.

“Our first season working with Count Us In was a huge success – and it was fantastic to see just how much fan engagement there was which further underlines the power of our sport,” said Alejandro Agag, founder and chief executive of Extreme E.

“We are fortunate to have a phenomenal platform and it’s important we use it in the right way and that is, not only to entertain, but also to educate. And initiatives like Count Us In allow us to magnify our message and facilitate quantifiable change that really makes a difference.

“We are really looking forward to building on this momentum for [our second season] and with the help of our incredible line up of teams, drivers and dedicated fan base, we aim to go even further in taking action on climate change. At Extreme E, we will continue to push the boundaries and shine a spotlight on the issues we face, along with the need to act now to help protect our futures.”

GridPlay also returns for the sport for purpose championship's second season, giving fans an opportunity to use their vote to influence the outcome of the racing.

Votes can be cast twice a day for a favoured driver to gain that all-important grid advantage. The votes received by both drivers in each team are then added together to reveal the total team score. The teams who have qualified for the final then take their percentage of votes, and those teams that lost out on a spot in the final can ‘gift’ their votes to a team of their choosing.

The team with the least votes goes first in gifting its votes, so the final team to gift votes is most likely to have the deciding vote and a big impact on the outcome of the X Prix.