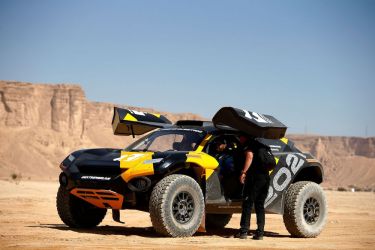 BBC Sport is to show live coverage of Extreme E across its digital platforms in the UK after signing a multi-year distribution agreement with the organisers of the forthcoming all-electric SUV off-road racing series.

The public-service broadcaster will air all five races in the championship’s inaugural season, starting with the first event in Dakar, Senegal on 23rd and 24th January 2021.

Extreme E has been set up by the team behind Formula E to highlight the impact of climate change and promote more sustainable forms of mobility, and will be staged in remote locations such as Greenland, Nepal and the Brazilian Amazon.

“Our goal with Extreme E is to open this innovative new series up to as wide an audience as possible. Securing this deal with the BBC is a massive coup in what is a key market for us,” said Ali Russell, the series’ chief marketing officer.

“The UK has an insatiable appetite for world-class motor racing and a groundswell of backing for sustainable technologies – particularly pertinent given the government’s plans to bring forward the transition to fully-electric motoring to 2035.”

The BBC is the latest international broadcaster to sign up for Extreme E, following the likes of Fox Sports in North America and the Caribbean, Italy’s Mediaset, Sony India, RTM in Malaysia, TVNZ in New Zealand, and Dubai Sports in the Middle East.

A total of 12 teams are expected to compete in the inaugural season, including British outfit Veloce Racing, which is spearheaded by ex-Formula One driver Jean-Éric Vergne and renowned designer Adrian Newey.