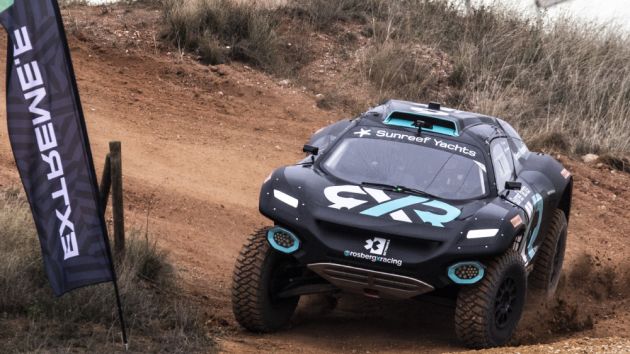 Extreme E has signed a long-term exclusive broadcast deal which will see the all-electric SUV series aired on the free-to-air (FTA) ProSieben Maxx channel in Germany, Austria and Switzerland.

The broadcast partnership with Seven.One Sports, the sports business unit of Seven.One Entertainment Group, will see Extreme E gain exposure on ProSiebenSat.1’s various digital platforms such as the high-reach sports platform Ran.de, the mobility and sustainability portal Goingreen.de and the ‘Ran Racing’ YouTube channel, as well as the media company’s motorsport podcasts.

Ali Russell, chief marketing officer at Extreme E, said: “Germany is well known for its fantastic motorsport heritage and is an important focus for us as a championship. We have two German teams, a German driver, and our founding partner, Continental is headquartered there, along with many of the world’s leading automotive brands and partners.

“I’m delighted ProSieben Maxx’s audience will have access to Extreme E’s new racing concept, incorporating electric SUV racing in some of the most remote corners of the planet, all of which have been detrimentally impacted by the climate crisis. Not only will the programming show live racing action but also will highlight the wider stories of the championship around electrification, environment and equality.”

The latest broadcast deal for Extreme E comes as Veloce Racing becomes the first team in the new series to sign up to the United Nations Framework Convention on Climate Change’s ‘Sports for Climate Action’ initiative.

Daniel Bailey, Veloce Racing’s chief executive and co-founder, said: “Like everybody, we have a responsibility for our climate footprint and steps such as this and our recent partnership with Allcot Group demonstrate our firm commitment to playing our part in keeping our planet safe and healthy for future generations.

“Our status as a professional international sports team in an exciting new global series equips us with a platform to be a leader in the battle against climate change.”

With just over two months to the opening race in Saudi Arabia on 3rd and 4th April, Extreme E is currently receiving cargo from all the teams and partners to be loaded onto the championship’s floating centrepiece, the St Helena, which is due to set off on its global voyage in mid-February.