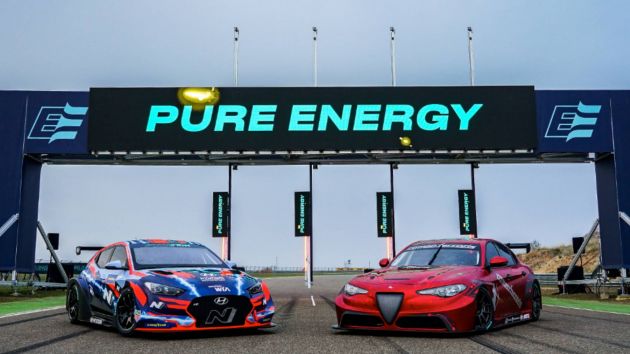 The initiative encourages sports organisations around the world to recognise the negative impact they have on the climate and to work on reducing carbon emissions to achieve climate neutrality.

Following the UN Framework, Eurosport Events will endeavour to promote environmental responsibility, use its platforms for environmental education, and promote sustainable consumption.

Eurosport Events, a division of Eurosport parent company Discovery, will work to reach global climate change goals across its various properties, including Pure ETCR, an all-new electric touring car series which will debut in June 2021.

To help reduce its carbon footprint, the series will implement several measures such as using Goodyear's all-weather tyre and de-carbonised electricity, and only travelling by sea.

"By making this commitment to the UNFCCC Sports for Climate Action initiative, we are making a decisive statement that we acknowledge the impact of sport to climate change and aim to reduce our own impact in collaboration with all the other signatories across the world," François Ribeiro, head of Eurosport Events, said in a statement.

"This is a race we can, and must, win to try to help reduce the risks of climate change.”

Other motorsports organisations already signed up to the initiative include Formula One, Formula E and Extreme E.

In addition to Pure ETCR, Eurosport Events is licensed by the International Automobile Federation (FIA) to promote the World Touring Car Cup and the European Rally Championship. It also has a deal with International Motorcycling Federation (FIM) for the Endurance World Championship. In 2020 the Discovery operation also signed an eight-season deal with the International Cycling Union (UCI) to organise and promote the inaugural Track Champions League, starting in November this year.