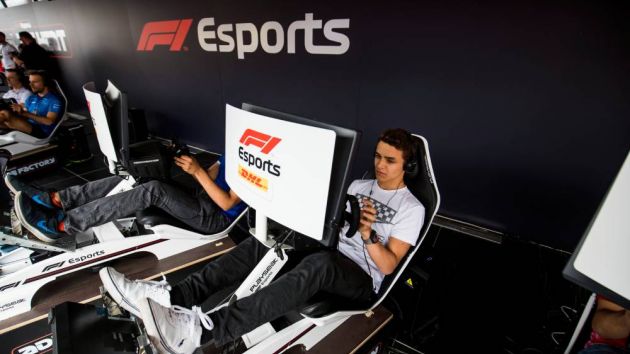 Support at grassroots level is needed to ensure esports has a viable future in motorsport, McLaren Racing’s Lindsey Eckhouse has told the BlackBook.

The Formula One outfit’s director of licensing, ecommerce and esports pointed to a study undertaken by team partner Dell Technologies, which offered some stark lessons for the industry. The research revealed that more than three in five UK parents believe esports can play a positive role in school, but less than a third are happy for their child to have a career in the sector.

Formula One has embraced esports on the whole, with the Covid-19 pandemic proving a catalyst for development. The series has hosted an esports championship since 2017, but engagement grew dramatically in 2020 as viewership numbers reached 11.4 million across all digital platforms - a 98 per cent increase on the previous year.

Although esports is increasingly popular, Eckhouse believes it is important to focus on grassroots investment and support to ensure its potential is being maximised in motorsport.

“Formula One has embraced esports in a really progressive way,” Eckhouse told the BlackBook.

“We saw that through Covid-19 and what Formula One esports was able to do to really ensure that they engaged fan bases, even when real live races were happening.

“More broadly, I think esports has got the spotlight through Covid-19 and has been able to really garner some momentum to get people excited about the platform. Now, it's really on people like Dell Technologies and McLaren Racing to ensure that esports doesn't lose sight from the general public.

“As much as we can do from a grassroots perspective to ensure that there is this level of engagement as a curriculum and has this similar platform to traditional sport or entertainment, I think the better because then it ensures that esports becomes kind of more on par as a mainstream avenue for people to take.”

McLaren Racing has been proactive in this department. Notably, the McLaren Shadow esports team has been formed and a dedicated esports studio was opened up at the Woking headquarters in 2021.

Seven months on, the full potential of the new space is yet to be fully realised but Eckhouse thinks it is gaining momentum.

“We're starting to do much more with partners [at the esports studio], for example with Dell Technologies,” says Eckhouse.

“It's been heavily used, which is exciting, and certainly serving the purpose to help us build our business, the McLaren Shadow brand and the broader gaming industry.”