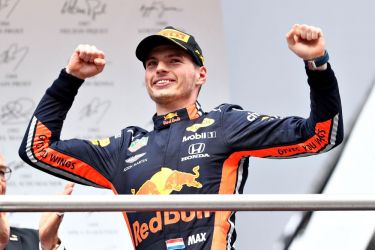 ESPN is averaging double-digit viewership growth against its Formula One coverage last season, the US pay-TV broadcaster has announced.

The Disney-owned sports network acquired rights to the Liberty Media-owned motorsports series in October 2017, as part of a multi-year linear and digital partnership to broadcast every race from the start of the 2018 championship.

At the end of its first season, ESPN drew an average of 571,000 viewers across its Formula One output.

Eleven races into the 2019 season, the network says that it has increased its viewership by a further 19 per cent on last year to an average 679,000 viewers, with year-on-year audience growth across eight of this year’s events.

The latest figures also represent a 21 per cent increase on the 561,000 average registered by the Comcast-owned NBC network during the 2017 campaign, before ESPN acquired rights to the championship.

Among its most-watched races, an average 688,000 viewers tuned into its production from the German Grand Prix on 28th July, which was broadcast live via its main channel, and represents a 27 per cent increase on its ESPN2 telecast from the Hockenheim last year, which attracted an average 543,000 viewers.