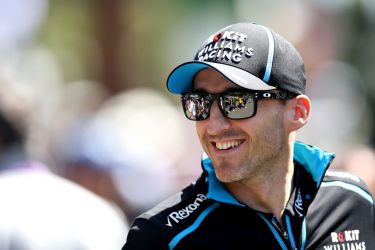 Multinational media company Eleven Sports has secured a three-year extension to its exclusive Formula One rights in Poland.

Eleven’s Polish over-the-top (OTT) subscription service, which has carried Formula One rights since 2016, will continue to air every championship race and qualifier to the market through 2022.

Its coverage will likely draw on the return of Robert Kubica, Formula One’s first Polish driver, who joined Williams ahead of the 2019 series following a recovery from a near-fatal crash and spell in the World Rally Championship (WRC).

Krzysztof Świergiel, Eleven Sports chief executive in Poland, said: “With a big following of loyal fans who love the thrilling spectacle of Formula One, the series has become a very important part of our premium offer in Poland.

“It has been a top priority to secure this extension and we are delighted that we will continue to cover every single lap with comprehensive, in depth coverage from every race weekend.”

Eleven’s agreement also includes the broadcasting rights to Formula Two, Formula Three and the Porsche Supercup Series in the same period, which will also be available on Polsat’s Sports Channels.

Michaella Snoeck, Formula One’s senior manager for media rights, said: “We are delighted to have extended our long-standing partnership with Eleven Sports for a further three seasons.

“Eleven Sports will broadcast a comprehensive offering made up of their high quality on-site production and international feed coverage across their channels, which will be further enhanced by their sub-licensing partnership with both Polsat and TVP, providing expanded free-to-air coverage to further support the growth of Formula One in Poland.”