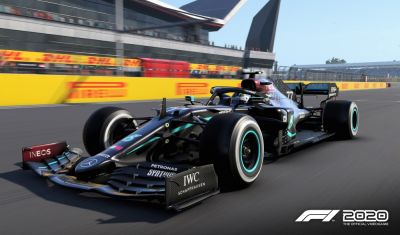 Video game giant Electronic Arts (EA) has agreed a deal to buy Codemasters, the company behind the official Formula One video game.

The acquisition, expected to close in the first quarter of next year, is worth UK£6.04 (US$7.98) per share, valuing Codemasters at US$1.2 billion.

The British-based developer previously looked set to be bought by Take-Two Interactive Software, which owns the Rockstar Games and 2K publishing labels, after a deal worth almost US$1 billion was reached last month, only for EA come in with a higher offer.

Codemasters is one of the UK’s oldest game developers, having been founded in 1986, and most recently has become known for producing racing titles such as Grid, Dirt, Project Cars, and, perhaps most famously, Formula One’s official game. The company has a deal in place with the global motorsport series through 2025.

For EA, the acquisition secures them not only another huge chunk of the racing simulator market – it already owns the Need for Speed franchise – but also provides further competitive gaming opportunities for the company’s EA Sports division, given the global appeal of the Formula One Esports Series. The competition, which launched in 2017, had a reported 109,000 gamers from 156 countries enter 2019’s global qualifying events.

On the staffing front, Codemasters’ chief executive Frank Sagnier and chief financial officer Rashid Varachia, as well as other senior executives, intend to remain with the company.

It is not yet clear if future Formula One titles will be released under the EA Sports name, Codemasters, or both. Announcing the purchase, EA stated that the deal will bring together the EA Sports and Codemasters teams ‘to innovate further, and meaningfully increase the delivery of content and experiences to a growing, global audience for racing entertainment’.

“Electronic Arts and Codemasters have a shared ambition to lead the video game racing category. The board of Codemasters firmly believes the company would benefit from EA’s knowledge, resources and extensive global scale – both overall and specifically within the racing sector,” said Codemasters chairman Gerhard Florin.

“We feel this union would provide an exciting and prosperous future for Codemasters, allowing our teams to create, launch and service bigger and better games to an extremely passionate audience.”

Andrew Wilson, chief executive of Electronic Arts, added: “We believe there is a deeply compelling opportunity in bringing together Codemasters and Electronic Arts to create amazing and innovative new racing games for fans. Our industry is growing, the racing category is growing, and together we will be positioned to lead in a new era of racing entertainment.”