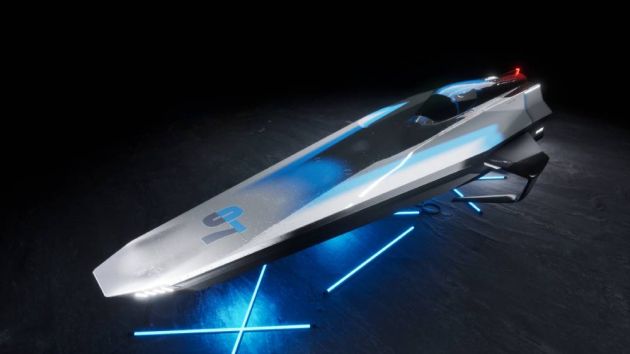 The backing of the Saudi state fund was revealed during E1 Series' virtual launch event, with the partnership being billed as a catalyst to accelerate the new powerboat championship’s growth ahead of its planned launch in 2023. The agreement will also see Saudi Arabia considered as a race location.

The collaboration is in line with E1 Series' first-stage strategy, which is planned to run until the end of 2025. Focusing on 13 areas, the initial plan focuses on developing the motorsport itself, promoting renewable energy and entertaining fans.

In alignment with those goals, E1 Series has also agreed partnerships with renewable energy companies ACWA Power and the Sudair Solar Energy. Additionally, the series has signed a deal with Lucid Motors, which develops electric vehicles.

"We’re thrilled to be working together with PIF to jointly shape the future direction of powerboating," said Rodi Basso, co-founder and chief executive of the series.

"Forming a strong partnership with a global investment powerhouse such as PIF provides a solid foundation on which to build a new sport.”

It's so good to finally unveil this beast. Now it's time to make history with it �� #E1Series pic.twitter.com/LHgBRGUFyH

"The RaceBird presents a unique challenge and one that the teams at SeaBird Technologies and Victory Marine have delivered on,” added Basso. “They’ve managed to develop an innovative powerboat with an eye-catching design and factored in practical solutions ready to go racing.

"Shortly we’ll also be announcing our powertrain and electronics partners - we’re on schedule to hit the water soon."