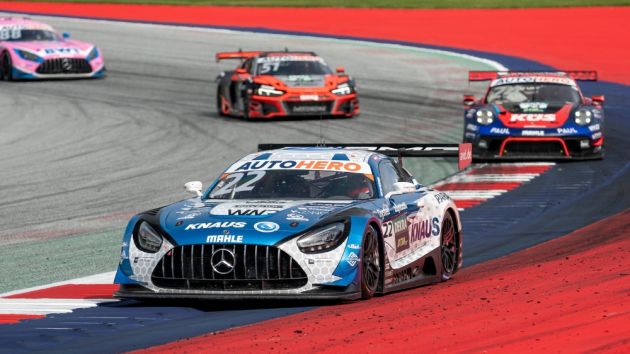 The future of German Touring Car Masters (DTM) is secure following its acquisition by the General German Automobile Club (ADAC).

It was recently announced that former parent body ITR was being dissolved, but any uncertainty has been quelled after the ADAC stepped in.

In a statement, ADAC said 'the goal of [acquiring DTM is] reorganising the structures in German motorsport, achieving synergies in economic areas, and consistently continuing on the road to greater sustainability in motorsport'.

It continued to say that all existing participants in DTM and GT Masters 'will have opportunities to be involved on the ADAC's platforms'.

Gerhard Berger, who made the decision to dissolve ITR and approve the sale to the ADAC, told German motorsport site Motorsport-Total that securing funding for the planned DTM Electric series, which was increasingly “a necessary condition for many companies to participate in the DTM”, had “turned out to be more difficult than expected” which meant “the economic risk for 2023 became too great”.

“No brand is as synonymous with German motorsport as the DTM,” said ADAC sport president, Gerd Ennser.

“For the ADAC, it is all about preserving the DTM, as it is an integral part of our motorsport culture. It enjoys an excellent reputation, both in Germany and on the international motorsport scene.

“Under the ADAC, the DTM will embark on a new chapter in its long success story next year.”

The ADAC has organised a press conference tomorrow (8th December) in Munich where more information will be revealed.