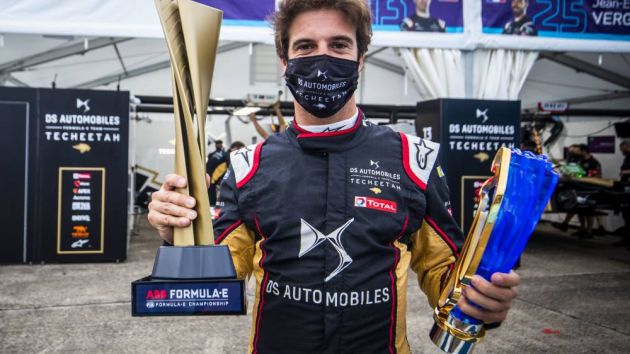 DS TECHEETAH have signed a one-year sponsorship agreement with trading platform eToro for which the Formula E team must invest wisely to earn their fee.

According to City AM, eToro will place UK£1 million in the team's account on the platform. Funds will be allocated across the top performing CopyTraders and the Driverless and Autonomous CopyTrade Portfolio, which DS TECHEETAH must invest at a profit to see a return on. Should the team lose the money, eToro will swallow the cost.

"We always want to be at the forefront of innovation, which is one of the key values of Formula E and DS TECHEETAH," DS TECHEETAH chief commercial officer Keith Smout told City AM.

"We have seen the benefits of investing in the financial markets, and we’re excited about this partnership, as we aim to help demystify investing to our fans throughout the season."

According to City AM, DS TECHEETAH will utilise eToro’s CopyTrader feature to align their investments with some of the platform’s top money makers. The Chinese-backed Formula E outfit are also reserving some funds to back renewable energy and driverless car technology.

"We hope that by structuring our partnership in this unique way, we can raise awareness to more people around the world of the potential to grow their wealth through investing," added eToro global sponsorship manager, Dylan Holman.

"We hope to work with more companies in a similar way in the future."

eToro previously struck deals with several Premier League soccer clubs which were paid in Bitcoin, but this partnership is thought to be the first of its kind.