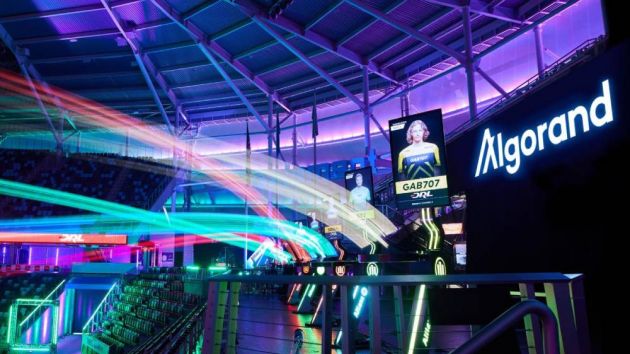 According to US media reports, the deal is worth US$100 million over five years, making it the DRL’s largest sponsorship agreement to date.

As part of the deal, the DRL will launch blockchain-enabled ticketing services, fan transactions, collectibles and non-fungible tokens (NFTs) on the Algorand platform.

In addition, programmers, coders and crypto developers will be welcomed to Algorand hackathon events staged at DRL races globally.

Over the next five years, Algorand will receive the title rights to the DRL's World Championship circuit, while the drone racing series will also build a Digital Drone Racing championship into Algorand's network.

Algorand will also receive branding across the DRL's social media, broadcast and gaming platforms for the duration of the deal.

"The Drone Racing League's global, tech-obsessed fans love that our sport constantly evolves, and blockchain was the next ground-breaking technology in our sights," said DRL president Rachel Jacobson.

"Algorand shares our values of speed, innovation, and inclusivity. As the largest partnership in DRL’s history, we have ambitious plans to deliver a unique sports experience in the metaverse.

"We are incredibly excited about how this partnership will change the game for sports fans, technologists and the blockchain community around the world."