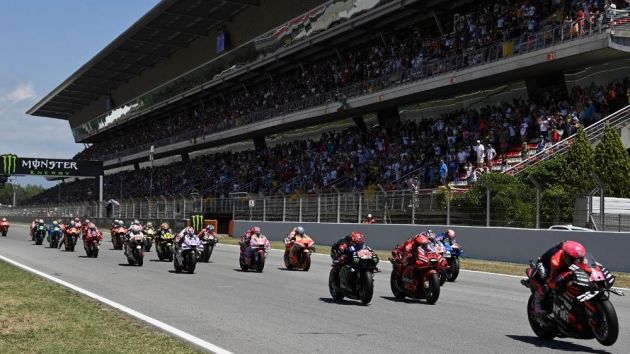 Dorna Sports has obtained International Organisation for Standardization (ISO) 20121 certification for sustainable event management system as the organiser of the MotoGP series.

ISO 20121 provides a framework for improving and maintaining the economic, environmental and social impact of events, certifying current standards as well as defining a plan for continuous improvement going forward.

Obtaining the certification is done on a voluntary basis via a third-party audit that provides an objective and independent assessment as to whether an organisation meets the criteria.

Dorna, under advisory by sustainability consultancy Right Hub, obtained the certification from TÜV Nord, becoming one of the first motorsports organisers to do so.

Those that achieve the standard are then periodically assessed in order to maintain the certification, with the decision based on the implementation, analysis and modification of a plan for continuous improvement. This also requires the collaboration of all MotoGP stakeholders, including circuits, manufacturers, teams, staff, suppliers, sponsors, federations and fans.

Dorna’s plan for MotoGP includes increasing initiatives aimed at social inclusion in the different communities where the global motorcycling series is present, as well as improving the management of waste and recycling at events, plus further reducing the series’ carbon footprint.

It is also looking to introduce sustainability criteria in the selection process for partners and clients, as well as when contracting services and/or materials.

Additionally, Dorna will encourage companies and stakeholders to work towards the achievement of common sustainability objectives.

“We are very proud to announce that our sustainable event management system has been ISO 20121 certified, recognising our collective efforts both within Dorna and in MotoGP to work towards our common goal of ever-increasing sustainability,” said Carmelo Ezpeleta, chief executive of Dorna Sports.

“As the pinnacle of two wheels, MotoGP is the world’s ultimate two-wheeled testing ground and has a vital role to play as the world looks to create a greener future.

“We hope to inspire all those in the sport and our hundreds of millions of fans around the world to take action with us as MotoGP continues to put sustainability top of the agenda, racing together towards positive change.”

Up until this announcement, Formula E had been the first and only motorsport category to achieve ISO 20121 certification. The all-electric series was first certified in 2016 and has maintained it ever since.

Some motorsport circuits have also managed to achieve the certification, including Imola and Misano in Italy, as well as the Circuit de Barcelona-Catalunya in Spain. Last month, the latter circuit was ranked as the most sustainable circuit in Enovation Consulting and Right Hub’s Sustainable Circuit Index.

Like Formula One, MotoGP has committed to the introduction of sustainable fuels, though they are set to be implemented a year later than the series’ four-wheeled counterpart in 2027.