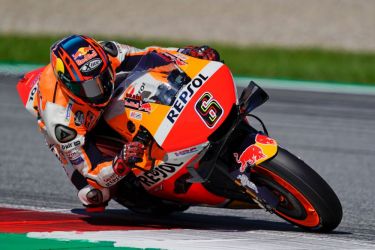 Global digital sports media company DAZN has renewed its broadcast rights deal with MotoGP in Germany, Austria, and Switzerland through the 2020 season.

The deal, agreed with owner Dorna Sports, keeps MotoGP, as well as its two feeder series, Moto2 and Moto3, on the subscription over-the-top (OTT) service for another year. The contract also includes race coverage from the all-electric MotoE series, as well as practice and qualifying.

DAZN also has rights to MotoGP in Italy and Spain, with deals in those countries set in stone until the end of the 2021 and 2022 seasons, respectively.

The 2020 MotoGP calendar has already been shortened after it was confirmed earlier this week that it is cancelling its first two race weekends in Qatar and Thailand due to the coronavirus outbreak.

As it looks to build out its MotoGP content, DAZN has also announced that six-time MotoGP champion Marc Márquez will feature in a new edition of DAZN’s original ‘The Making Of’ documentary series, which has previously featured soccer stars José Mourinho, Cristiano Ronaldo and Neymar.

The MotoGP renewal also comes as DAZN revealed that it will be expanding its business to a further 200 countries in 2020, launching a global platform built around its portfolio of boxing rights.