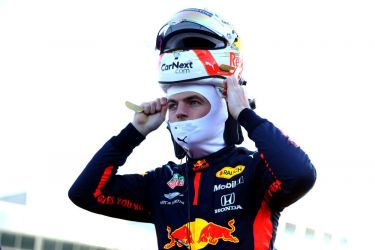 Global sports streaming service DAZN is making all of its content free to new subscribers in Japan, as part of a partnership with car manufacturer Honda to coincide with the first two months of the upcoming 2020 Formula One season.

Launched ahead of this week’s season-opening Australian Grand Prix, the Japanese carmaker and the over-the-top (OTT) service are positioning the promotion as an option for consumers to watch sport amid the ongoing coronavirus pandemic.

DAZN’s Japanese service has one of the broadest rights portfolios of any of the digital sports media company’s territorial services. While the nation’s top-flight soccer competition, the J.League, and Nippon Professional Baseball, its top domestic baseball league, have been postponed, the streaming service also offers a host of elite European and South American soccer, as well as Major League Baseball (MLB).

Under the terms of the Honda-backed deal, the two-month offer will only be available to newly-registered users, and is not being offered to those who have used DAZN in the past year or have made in-app purchases.

Applications will be accepted between 11th and 15th March, DAZN has also confirmed.

Martin Jones, DAZN’s executive vice president in Japan, said: "[With] a variety of sports all over the world under the influence of the coronavirus [not being] held as scheduled, we are pleased to be able to deliver the F1 live broadcast.

“In a situation where you have to refrain from going out suddenly, [we] launch a joint campaign so that sports fans and children who are forced to spend a lot of time at home, and even adults, can feel a little better.

“Thanks to Honda for all of this, and we wish you all the quickest convergence, but hope that you will be able to help more people enjoy their time at home through valuable live content. "

Katsuhide Moriyama, Honda’s head of brand communication, added: “We hope that you will be able to touch, not only F1, ️ but also a wide range of sports, so that you can challenge not only children but also many people.”

According to figures at the time of writing, the virus has killed more than 4,200 people worldwide since its outbreak in northern China at the end of 2019, and has seen the number of Covid-19 cases in Japan rise to 1,278.

Japan’s government also announced on 9th March that is was tightening its border controls to limit the spread of the virus, though its power to quarantine citizens would be limited by legal implications.

As it stands, the 2020 Formula One season is still going ahead though the series has decided that its Bahrain Grand Prix on 22nd March will be held behind closed doors, while the Chinese Grand Prix, which was scheduled to take place on 19th April, has been postponed.

Ahead of this weekend’s season curtain-raiser in Melbourne, it has been confirmed that three team members – one from McLaren and two from Haas – have been placed in isolation amid concerns they have contracted coronavirus.

The Japanese Grand Prix is scheduled to take place on 11th October.