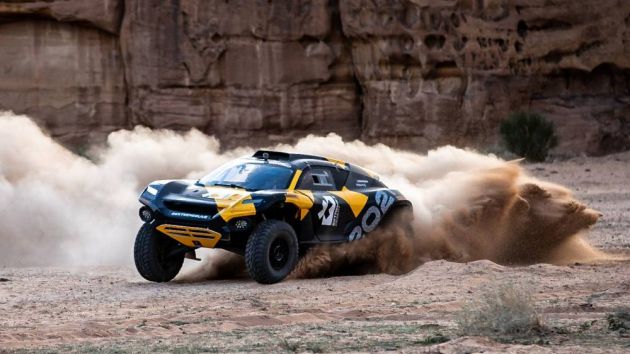 Extreme E will join Formula One on DAZN’s Japanese service as the electric racing series, which debuts next month, goes in search of a young audience in the country.

"I’m delighted to be bringing Extreme E to Japan through this partnership with DAZN, a premium OTT platform that supports us in developing a youth orientated audience," said Ali Russell, the chief marketing officer at Extreme E. "It is also the home of Formula One in Japan, so will allow us to target a huge Japanese motorsport audience with our innovative sport for purpose.

"As a sport without spectators on site it is really important for us to reach as many people as possible and the best way to do this is through the screen. We look forward to sharing our exciting wheel-to-wheel racing, but also the wider messages of the championship around electrification, environment and equality."

Extreme E has signed big names in racing such as Formula One champions Nico Rosberg, Lewis Hamilton and Jenson Button, who have founded their own teams. Each team will run with a male and female driver in order to promote gender equality in motorsport.

Elsewhere in broadcast deals, Extreme E has announced that RTVE will televise the series in Spain. All five X Prixs will be available on the free-to-air linear channel as well as on its over-the-top (OTT) platform.

Race highlights, magazine shows and race reviews, to be broadcast in Spanish, will be added to RTVE's Extreme E content lineup.