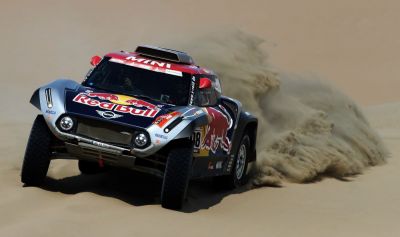 Amaury Sport Organisation (ASO), the organiser of cycling’s Tour de France and motorsport’s Dakar Rally, has been ordered to honour its exclusive five-year media rights deal in the Middle East and North Africa (MENA) after it tried to sever ties with international pay-TV broadcaster BeIN Sports.

In a ruling handed down on 11th October and made public on Tuesday, France’s Nanterre Commercial Court determined that ASO had unlawfully attempted to terminate its multi-million euro agreement with BeIN, which was signed in 2018 and not due to expire until 2023.

ASO announced plans in April to take the Dakar Rally from South America to Saudi Arabia starting from 2020, prompting a move to break from its exclusive arrangement with BeIN in order to license the rights to a broadcaster in the host country.

BeIN, which is currently banned from operating in Saudi Arabia due to the country’s ongoing trade blockade against Qatar, also alleged that ASO refused to provide it with satellite feeds to events for which BeIN remained the official and exclusive broadcast partner. As a result, BeIN immediately initiated legal action.

The president of the Nanterre Commercial Court ruled that the actions of ASO against BeIN were ‘extremely questionable’ before ordering the company to “continue the performance of the contract in all its stipulations”.

ASO was also handed a €10,000 fine for every day it had refused to give BeIN the necessary satellite feeds, technical and operational information to ensure the broadcaster could transmit its events, which also include the Paris Marathon and cycling’s Paris-Roubaix, Paris-Nice, La Flèche Wallonne, Liège-Bastogne-Liège, Le Critérium du Dauphiné and Paris-Tours.

BeIN pointed out that ASO had been represented in the case by De Gaulle Fleurance & Associés, the same law firm that recently represented Arabsat in the Tribunal de Grande Instance de Paris, which ruled that the Riyadh-based satellite provider has been distributing feeds from BeoutQ, the Saudi pirate broadcaster which has been stealing premium sports content from BeIN for two years.

Arabsat has long held that it has nothing to do with BeoutQ despite significant evidence to the contrary. Most recently, a report from MarkMonitor commissioned by several leading soccer bodies, including Fifa, Uefa and the Premier League, confirmed ‘without question’ that BeoutQ’s pirate broadcasts were being transmitted by Arabsat.

Commenting on the ASO ruling, Caroline Guenneteau, head of legal of BeIN Sports France, said: “We are pleased that the rule of law has prevailed and that commercial contracts cannot be torn up by undue interference.

“This series of events gives an indication of the Saudi’s new strategy while its BeoutQ transmissions remain down over satellite; namely, to illegally force its way into sports broadcasting through undue political and commercial influence.

“However, this French ruling sends a clear message that the pressuring of commercial partners to illegally break contracts will not be tolerated. BeIN will relentlessly defend its commercial interests using the full force of the law.”