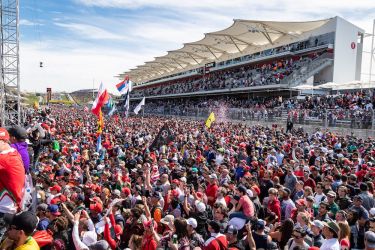 The Circuit of The Americas (COTA) in Austin, Texas has enlisted Elevate Sports Ventures to help grow revenue from ticketing and premium hospitality sales.

Under a multi-year deal, the sports and entertainment consulting firm will provide a range of operational services to the venue, whose marquee events include global motorsport series Formula One and MotoGP, as well as concerts.

The agreement with Elevate was signed as COTA prepares for its first season as a host track for the Nascar stock car racing series. Having been confirmed back in September as one of six road courses to feature in the elite-tier Cup Series during 2021, it was announced last month that the Xfinity Series and the Camping World Truck Series had also been added to the line up for the Nascar event in May.

According to a joint statement, Elevate will support COTA’s front office team with ‘sales, management, best practices in analytics and business intelligence in the areas of direct-to-consumer, digital marketing, ticket and premium pricing’.

Elevate’s involvement will be led by Alexa Fuentes, who has been named head of sales having previously held roles at the New York Red Bulls and the US Open tennis tournament.

Since opening in 2012, COTA has grown to comprise a number of hospitality offerings, including 25 suites, 33 private boxes, 12 cabanas and 3,000 club seats."We're excited to partner with the experienced, first-class team at Elevate and look forward to them delivering a fan-friendly platform to meet our growing needs,” said COTA chairman Bobby Epstein.

Formed by the San Francisco 49ers and Harris Blitzer Sports & Entertainment (HBSE) in 2018, Elevate has built out an extensive portfolio of sports clients, including teams, brands and venues across the North American major leagues, as well as properties in soccer, tennis, motorsport, horse racing and college sport.