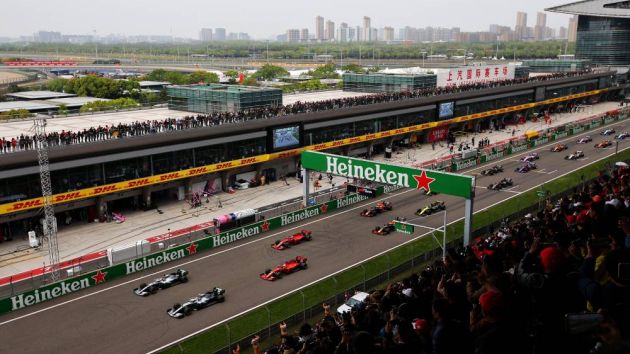 Formula One's Chinese Grand Prix is set to be absent from the series' calendar for the third season in a row, according to Reuters.

The championship is yet to reveal its 23-race 2022 calendar, however a draft version was presented to teams earlier this week without the Shanghai-based race on it.

It is instead expected that the Chinese Grand Prix will be a reserve option, should another race be cancelled.

Due to the impact of the Covid-19 pandemic, the Chinese Grand Prix has been absent from the calendar during the 2020 and 2021 seasons.

According to Reuters, Italy's Imola circuit, which was brought in to replace cancelled races during 2021, will replace the April slot usually filled by the Chinese Grand Prix.

The 2022 Formula One season is expected to run from March until November, according to series chief executive Stefano Domenicali.

The calendar has been approved by the series' ten teams earlier this week and is expected to be presented imminently to the International Automobile Federation's (FIA) World Motor Sport Council for approval.

The 2021 Formula One season continues on 24th October at the Circuit of Americas (COTA), Texas.