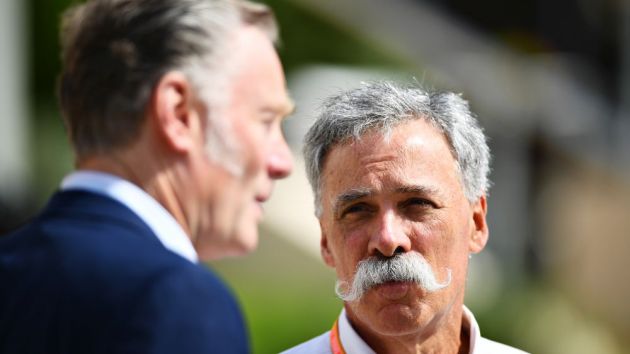 Formula One chief executive Chase Carey has shed light on a “significant glitch” that disrupted the championship’s F1 TV coverage of the Azerbaijan Grand Prix last month, confessing it may take another year before the series has a handle on “unexpected” issues still impacting the platform.

Entering its second season, Carey previously said that he hoped to see the series run an improved streaming service throughout the 2019 Formula One campaign, after the launch of the championship’s very own over-the-top (OTT) platform was postponed last season due to technical issues.

Despite insisting the platform is making “good headway”, Carey has told investors that he could not rule out further glitches. However, he remains confident the team behind the Liberty Media-owned production should have eradicated “small bugs” prohibiting the service by next season.

Carey said: “We actually felt pretty good about the product. The issue that arose in Azerbaijan was unexpected – that’s the nature of these platforms – so I think you have to deal with it.

“To some degree, the unexpected is always troubling but it was not in the main stack of what we’re trying to build. The unexpected will occur occasionally but I think we felt we made pretty good headway.

“We’re not far enough along to say that there won’t be another problem, but the problems before that had probably been quite manageable. These things are not perfect and it will probably take us another year to get all the small bugs out of it.

Carey also explained that the series is working on building out its racing archive, which he anticipates will become available heading into 2020, and hopes will lay the foundations for a more diverse range of content attractive to a wider Formula One audience.

He continued: “In terms of the content, we said before that getting the content experience expanded realistically is a two-to-three-year process. At two years in, some of that takes time to build on data to make it accessible to users.”

Adding: “There is still a lot of work going on to expand and build content, which will never stop, to where we want it to be. It is probably between the beginning of next year and the beginning of the following year that we really get to the phase of the over-the-top (OTT) product that we envisioned going in.”

Speaking during Liberty’s previous earnings call in February, Carey said that the motorsport’s revenue growth remained in the hands of its broadcast partners, which he has also called on to help promote the F1 TV platform.

Though he says the series F1 TV platform is positioned to gain “direct control over our destiny” in the digital rights space, Carey was once again moved to ensure partners that Formula One is committed to new and existing digital players.

Carey said: “Whether it’s traditional broadcasters creating digital platforms or digital players coming into it with their own plans, we have to make sure we optimise it with a short and a long-term view.

“Having [F1 TV] as part of the portfolio is important, and how it mixes with the rest of the elements in our portfolio is something that we have to analyse and evaluate as we continue to engage with existing TV partners and players in the digital space, who clearly want to be bigger players for content like ours.”