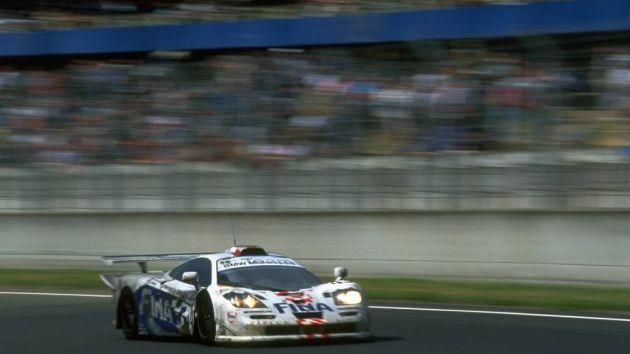 German automaker BMW is set to make its return to top-level endurance racing in 2023 after a 20-year absence.

The team will join the LMDh class, part of a category that includes the World Endurance Championship (WEC) and the IMSA Sportscar Championship alongside Audi, Porsche and Honda's Acura branch.

BMW will be leaving electric single seater championship Formula E at the end of the year and speculation has been growing around a move into endurance racing.

So far, it is unclear if BMW will compete in both WEC and IMSA, but Markus Flasch, chief executive of BMW Motorsport, indicated that the option of competing in both is a big draw.

When asked by Autosport if that option made LMDh an attractive prospect, he said: "Yes it does. That is part of our analysis, absolutely."

Elsewhere in endurance racing, 24 Hours of Le Mans organisers, Automobile Club de l'Ouest (ACO) has revealed that crowds of 50,000 will be permitted to attend the August race.

Due to Covid-19 restrictions, 2020's Le Mans race was postponed until September that year and held behind closed doors.

ACO has announced that spectators attending this year's event will be permitted to show the new Covid-safe health pass that has been introduced in France, where the race takes place.

The health pass means that the holder has been fully vaccinated, has a negative result from a PCR test or has provided proof that they have had Covid-19 in the last six months, indicating natural immunity.

A statement from ACO read: ‘By reducing capacity and using the health passport, we can host a premium-quality event safely.’

As motorsport series begin to slowly re-introduce fans to events, Dorna Sports, managers of MotoGP, has revealed that the Aragon Grand Prix will permit 20,000 fans to attend.

In the next few weeks, the Spanish circuit will allow 6,400 fans to watch the WTCR World Touring Car Championship, held in tandem with the Pure ETCR electric touring car series.

Ahead of the MotoGP race in September, Dorna and circuit officials will assess the latest Covid-19 situation to ensure it will be safe to fans to attend.