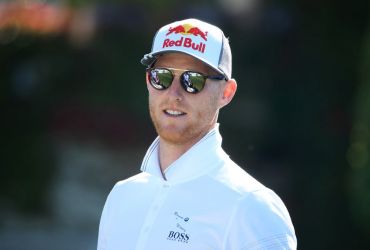 Formula One has seen a spike in non-racing audiences since debuting its Esports Virtual Grands Prix in response to the coronavirus shutdown last month, citing cross-collaboration with athletes outside of motorsport as a key driver for growth.

Speaking during SportsPro’s inaugural Insider Series on 22nd April, Formula One’s head of digital growth and esports, Julian Tan, said that the racing series has experienced a mix of traditional and virtual audiences engaging with the invitational series.

“Part of the beauty of having a new product in the market in our virtual Grands Prix, is that we have the opportunity to test and learn different things and also be quite flexible,” Tan said.

“We’ve had three of our virtual Grands Prix now, and they have been massively successful. It has been really encouraging to see the uptake in both our existing [esports] audience and our existing Formula One fans, as well as new fans to Formula One, and engage with our product and truly enjoy it.”

By way of example, Tan noted “a massive crossover” in cricket fans tuning into the live streams from its virtual Vietnamese Grand Prix, which saw England cricket star Ben Stokes represent Red Bull on the paddock.

“There are some cross collaborations that have worked very well,” Tan continued. “What we have seen is that there is certainly something there in terms to be able to leverage both audiences and to get them into the world of Formula One, and vice versa.

“At the end of the day, the DNA of the product needs to stay true to Formula One; we would want to have as many of the current Formula One drivers competing as much as possible because this product was built so we could give our Formula One fans some racing action on a race weekend.”

Formula One debuted its Esports Virtual Grand Prix on 22nd March, attracting 3.2 million online viewers across YouTube, Twitch, and Facebook, as celebrities and other sports stars went up against one another on a simulated version of Bahrain’s Sakhir circuit. Subsequent races have seen the likes of Real Madrid soccer star Thibault Courtois and Ryder Cup golfer Ian Poulter take part.

Moving forward, Tan said that the series would look to leverage its esports product on “an event-by-event basis”, though does envisage an opportunity to expand the Formula One fan base by inviting more “familiar faces” to its gaming platform.