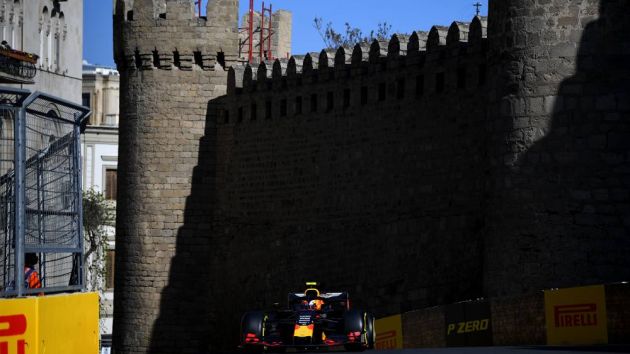 The city of Baku, Azerbaijan will continue to host a Formula One race until 2024, the race promoters have said.

The Baku City Circuit joined the Formula One calendar in 2016 and confirmed a three-year deal in 2019 to host a race until 2023.

Formula One was scheduled to visit the circuit in 2020, but the spread of the Covid-19 pandemic meant the race had to be cancelled. As a result, the series extended its deal with Baku for one year.

“It’s important for us as a country to show that we’re kind of en route of getting done with Covid-19 and bringing the country out of this pandemic,” said Arif Rahimov, Baku City Circuit executive director, speaking to Motorsport Week.

“I think different countries are trying to [do] this and trying to show to the world with different events and different things they do.

“For us in Baku and Azerbaijan, it was very important to show it with the events we have planned, we’re doing them.

“Obviously we are not doing them as they were prior to Covid-19 but we’re still doing them, and we’ll get there. Next year I hope it will be a full-on event with the spectators and with the concerts.

“I think that’s the right message to send to the world that we’re organised, we’re fighting this season, and we’re en route of going back to normal.”

The Azerbaijan Grand Prix is scheduled to take place on 6th June, one week ahead of the Turkish Grand Prix.

The Istanbul-based race was recently brought in to replace the Canadian Grand Prix, which had to be cancelled this year due to a rise in Covid-19 cases.

However, there are already doubts cast over the Turkish Grand Prix as the nation is on the UK government's 'red list'. This means that UK travellers have to quarantine in a hotel for ten days on arrival.

Since a large majority of teams and Formula One personnel are based in the UK, there are concerns that the race may not be able to take place.

One suggestion was that the Azerbaijan Grand Prix and Turkish Grand Prix could swap places on the calendar, but Rahimov ruled that out as it would clash with the city's hosting of the delayed Uefa Euro 2020 tournament.

“There were talks, but in our case, firstly our race weekend is really fixed, it was kind of squeezed in between all the other events in the city,” he said.

“Football is still going ahead, and the first game is on Saturday 12th [June], so there’s not much we can do, we’re not very flexible this year.

“I guess if it was any other year, when we are the only major event on Baku’s calendar that [a swap] could have been an option, but not this year.”