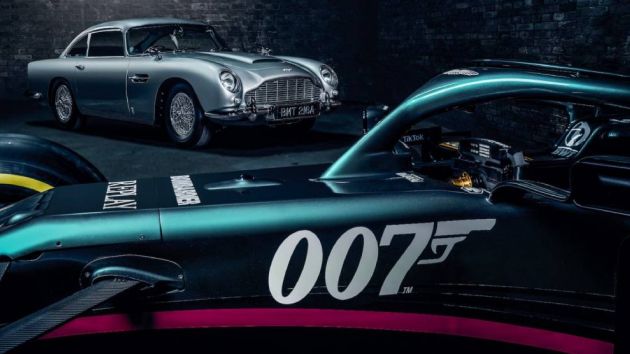 Formula One team Aston Martin have announced a new activation with long-standing partner Bond in celebration of the new James Bond film 'No Time To Die' for the Italian Grand Prix.

The team's AMR21 car will feature 007 branding for the duration of the Grand Prix weekend, replacing the Aston Martin logos. In addition, the team's motorhome and garages will feature Bond branding.

"Aston Martin is part of Bond's DNA," said Kleinman. "It's a partnership that needs no explanation, so it was great fun to fuse those two worlds together: Bond's signature title sequences and Aston Martin Formula One.

"I hope it will create a lot of excitement ahead of the release of the movie."

In celebration of the partnership, Aston Martin's website will feature Bond branding, whilst drivers Lance Stroll and Sebastian Vettel will race to build Lego's model of an Aston Martin DB5.

In addition, the activation will extend to Aston Martin's social media channels as the team is set to feature an interview with No Time To Die director, Cary Fukunaga.