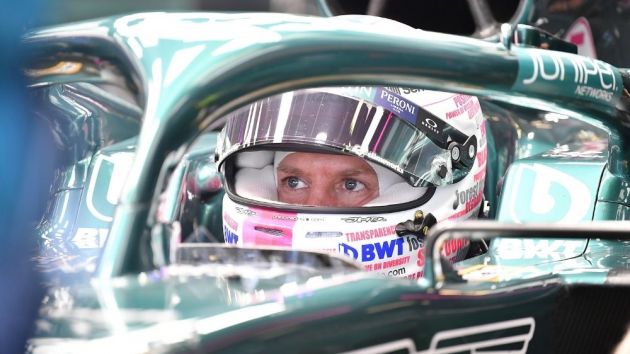 The Aston Martin Formula One team have agreed a deal with the Saudi Arabian state-owned oil firm, Aramco, for co-title rights to the racing outfit.

Described as a 'long-term strategic partnership', the deal will see the team renamed as Aston Martin Aramco Cognizant. The oil firm is now on the same partnership tier as multinational professional services company Cognizant, which signed a mutli-year deal with the racing team in January 2021.

The research and development element of the agreement contains a joint pledge from the two partners to collaborate on the development of highly efficient internal combustion engines, high-performance sustainable fuels, advanced lubricants, as well as the deployment of non-metallic materials in vehicles.

These efforts will underpin the team's endeavours to meet Formula One’s target to be powered entirely by sustainable fuels by 2025.

Additionally, the partnership will focus on the development and commercialisation of fuel-efficient engine technologies for road vehicles, as well as the development of more efficient hybrid engines in motorsport.

Martin Whitmarsh, group chief executive of Aston Martin Performance Technologies, said: "Winning in Formula One is all about assembling and managing the right ingredients in the optimal way.

"Aramco is an innovative company whose ultra high-tech expertise will make a very real and hugely valuable contribution to improving the performance of, and delivering the future success of, Aston Martin Aramco Cognizant Formula One team."

In 2020, Aramco agreed a ten-year deal with Formula One to join its global partnership tier. The agreement is reportedly worth more US$450 million.