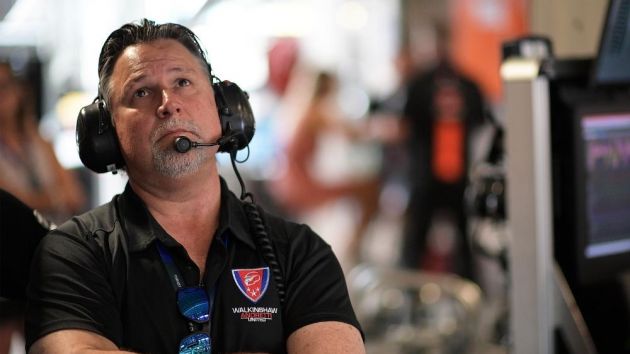 Michael Andretti has confirmed his Andretti Autosport racing outfit is still pushing for a Formula One entry by 2024, after seeing a bid for Sauber fall through last year.

Reports emerged that Andretti, who raced in the global motorsport series with McLaren in 1993, was lobbying team principals during last weekend’s Miami Grand Prix to support the team’s entry.

The Associated Press (AP) reported that Andretti was going team by team to make his case and was attempting to secure signatures of support.

According to The Athletic, Andretti believes he has half the teams behind him at the moment.

Andretti also confirmed a “positive” meeting had been held with Mohammed Ben Sulayem, president of the International Automobile Federation (FIA), in Miami to discuss the potential entry.

Speaking to Autosport.com, Andretti explained: “I think [Ben Sulayem is] in support, but there’s a big process that’s got to go through and all that stuff.

“He said he’s in support in the process. There’s still a long way to go, but it’s nice. Mohammed liked what we presented.

However, multiple team principals voiced reservations about a potential Andretti entry to Formula One during a press conference on 7th May.

Toto Wolff of Mercedes said: “If a team comes in, how can you demonstrate that you’re bringing in more money than it’s actually costing?

“[An] 11th team means a ten per cent dilution [in prize money] for everybody else.

“So, if one is able to demonstrate that, then we should all be sitting on the table, but that hasn’t been demonstrated yet.

“The value of Formula One is that it’s a limited amount of franchises, and we don’t want to dilute that value by just adding teams.”

“It makes total logical sense to say that the ten teams…have an intrinsic value and you dilute that by increasing the number,” echoed Christian Horner of Red Bull.

Frédéric Vasseur and Günther Steiner of Alfa Romeo and Haas, respectively, went further with their remarks.

“We don’t have [to be] welcoming someone new to put at risk two or three teams on the grid,” said Vasseur.

“I think that we have enough space to find partnership with the team existing on the grid, more than to welcome another one.”

Steiner added: “If [Formula One Management] wants to distribute more money or something, that is another discussion.

“But, just to have more teams, more doesn’t mean being better.”