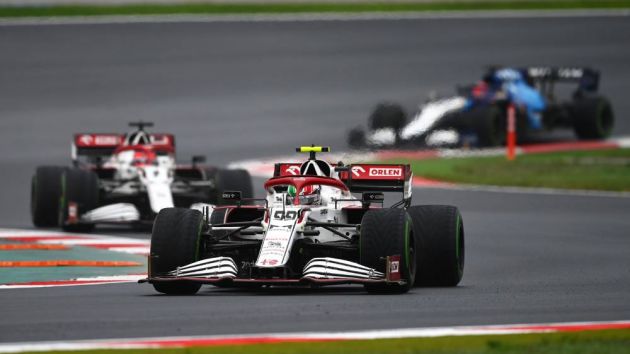 American racing giant Andretti Autosport is closing in on a deal to acquire a majority stake in Formula One team Alfa Romeo, according to Motorsport.com.

"There’s a lot of reports, rumours, and that stuff," Andretti said to Reuters.

"I’ve been working on it [taking over a team] for a long, long, time. When the right opportunity comes up I’m going to jump at it. Nothing new to report at the moment, but, who knows?"

According to Motorsport.com, discussions between Andretti and Alfa Romeo executives are in advanced stages, meaning a takeover could be approved in a matter of weeks.

Despite this, no final decision has been made by Alfa Romeo's owners, Switzerland-based Sauber, who are set for ‘significant talks’ with Andretti Autosport during the US Grand Prix later this month, according to Racer.

Alfa Romeo's team principal, Frederic Vasseur, declined to comment on the discussions when asked ahead of the Turkish Grand Prix.

"I can say nothing because honestly it’s not in my parameter," he said. "I’m the CEO and team principal and these kind of discussions are not with me, it would be with the shareholders.

"We have so many rumours and so on that you have to ask the question to the shareholders of the company."

Formula One introduced a US$145 million budget cap for teams at the beginning of the 2021 season, which is set to drop to US$140 million in 2022 and US$135 million in 2023. Designed to level the playing field and attract new manufacturers to the championship, this cap could prove attractive to prospective teams such as Andretti Autosport.

The 2021 Formula One season continues from 22nd to 24th October at the Circuit of the Americas (COTA).