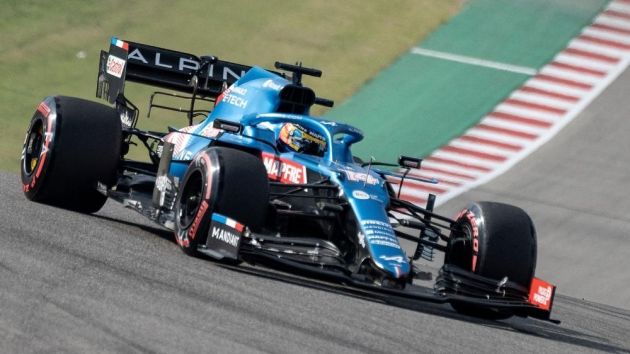 Formula One team Alpine have launched a new programme aiming to improve equal opportunities in motorsport.

The ‘Rac(H)er’ initiative from the French racing outfit plans to reinforce meritocracy across genders in all areas of the company, from technical functions to racing and competition.

Broken down, it wants to create equal opportunities for all genders, a development programme with ‘dedicated financial means’ to ensure a woman competes consistently in Formula One, and a fund to finance female talent within motorsport.

The programme is set to identify talent from an early age and deploy a comprehensive roadmap to support their progression.

Alpine added that they are committed to a diverse workforce at all levels, noting that women currently only make up 12 per cent of the wider company’s workforce. Ten per cent of the Formula One team’s staff are female.

The initiative will kick off with investment in local female-focused science, technology, engineering and mathematics (STEM) programmes. After that, Alpine will offer additional support through a mentoring programme in all departments of the company to support women in their chosen career.

The aim for the Alpine company is to have women make up 30 per cent of its workforce within five years. This commitment will begin with recruiting an equal amount of male and female trainees and graduates, effective immediately.

According to Alpine, its Formula One team’s workforce being only ten per cent female is an average found across the motorsport industry. In 72 years of Formula One racing, only six out of 885 drivers have been women. The last woman to compete in the series was Giovanna Amati in 1992.

“Our role, as a Formula One team and a brand of the Renault Group is to commit to making our ecosystem more inclusive and making diversity our strength,” said Laurent Rossi, chief executive of Alpine.

“We are aware of the need for a profound transformation of both the sport and the industry so that all talents can flourish in the future.

“By launching Rac(H)er, this long-term transformation programme, we hope to be joined by all the players in the sector, because it is only by uniting that we will be able to make real progress. And that would be our real success.”

In terms of a timescale for discovering a competitive female Formula One driver, Rossi told the BBC the initiative was an “eight years’ programme”.