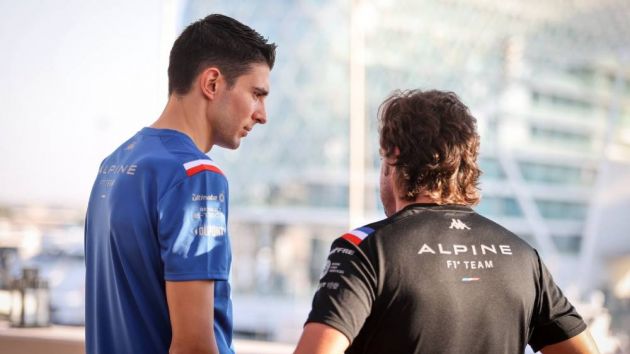 As part of the agreement, Kappa will equip drivers Fernando Alonso and Esteban Ocon, as well as the backroom team, with apparel. The deal also covers Alpine's esports operations and driver academy.

Kappa will also develop new textile collections for Alpine's team kit, fan apparel, footwear and accessories, relying on a network of licensees to distribute these globally.

Kappa currently supplies Premier League soccer club Aston Villa with their kit but the brand’s partnership with Alpine is its first move into motorsport.

Meanwhile, K-Way will become Alpine's official lifestyle partner and will outfit the team with travelwear.

"We are delighted to welcome Kappa as the official clothing supplier for our track and factory teams and drivers," said Laurent Rossi, chief executive of Alpine Formula One team.

"We share the same desire to pursue performance and style while drawing inspiration from our history. Kappa has always been ahead of the market in design and technology.

"We are also pleased to collaborate with K-Way, an iconic and elegant brand that reflects the integral values of Alpine. We look forward to working together over the next years."

Meanwhile, Formula One's Australian Grand Prix has announced that the race will be sponsored by Dutch beer brand Heineken.

As part of the agreement, the race will be called the 'Formula One Heineken Australian Grand Prix'.

The city of Melbourne is expected to host the event from 8th to 10th April around a heavily revised Albert Park circuit.

The Australian Grand Prix has been absent from the Formula One calendar in 2020 and 2021 due to the impact of the Covid-19 pandemic.

The new partnership brings the Australian Grand Prix's previous title sponsorship agreement with Rolex to an end. The watchmaker has sponsored the event since 2013.

“Heineken is synonymous with Formula One, and this collaboration will create some exciting opportunities at this year’s event – fans are in for a real treat.

Elsewhere, Formula One has announced that BBS Motorsport will be the series' official wheel rim provider for 2022.

Formula One will make the switch to larger 18-inch wheels in 2022 from the 13-inch wheels used previously.