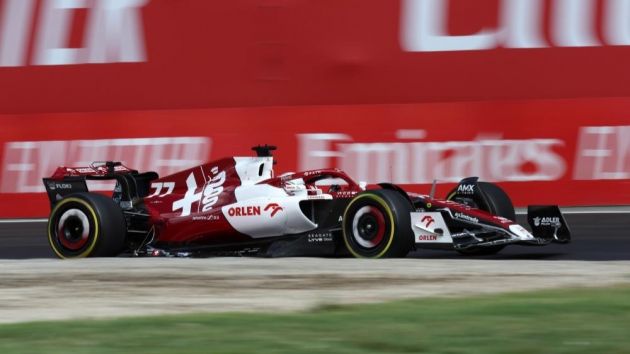 Alfa Romeo chief executive Jean-Philippe Imparato has said the company is in “no rush” to make a final decision on its future in Formula One.

Last month, it was announced that Alfa Romeo’s deal with Sauber would conclude at the end of the 2023 season.

This announcement was made on the same day that Audi revealed its plans to enter the global motorsport series as an engine supplier at the start of the 2026 season.

Audi is expected to enter Formula One in partnership with Sauber, with the Swiss outfit teasing on Twitter that ‘the next chapter’ will be announced tomorrow.

The Italian brand has been partnered with the Sauber Formula One team since 2018, initially as a title sponsor before taking over the naming rights of the outfit in 2019.

“I’m totally open to anything,” Imperato told Motorsport.com. “By the way, it’s a period that gives me the opportunity to study everything with no pressure. That’s what I have.

“And I would say, even if we have to take a decision before the end of this year, we have some weeks, months, to see how is the business, and as well to choose in a kind of serene atmosphere.

“So I’m not in a hurry. Everything is on the table, I would say. I would love to find the best compromise between motorsport DNA, and the EV transition that you see.

“What I’m trying to build is this consistency between my history and the necessary existential move that I have to do. And it’s not obvious I would say, between the DNA history, and the switch.”

To remain in Formula One, Alfa Romeo’s options are limited. It can only stay in the series if it agrees a deal with a team supplied by Ferrari engines, which leaves Haas as the only possible destination.

While it could agree a deal with a new entrant that agrees to be supplied by Ferrari engines, this is unlikely due to Formula One’s current stance on expanding the field of teams.

As is the trend in the automotive sector, Alfa Romeo is transitioning towards electric mobility, which could introduce Formula E as a potential option for a motorsport partnership.