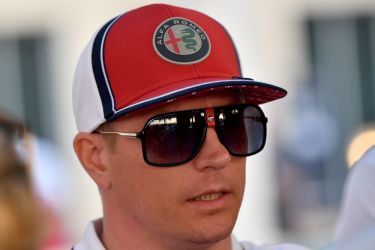 The deal will see the team compete as Alfa Romeo Racing Orlen from the 2020 season, with PKN Orlen’s branding set to feature on the team’s C39 car and all trackside assets.

The deal also sees Polish driver Robert Kubica, who is sponsored by PKN Orlen, return to the team as a reserve driver after leaving Williams. According to Daniel Obajtek, the chief executive and president of Orlen’s management board, the value of the brand’s logo exceeded PLN110 million (US$28.9 million) after 16 races of its sponsorship of Williams last season.

Kubica, who is the only Polish driver to have competed in Formula One, previously drove for the team between 2006 and 2009 when the motorsport outfit was known as BMW Sauber.

Frédéric Vasseur, team principal of Alfa Romeo Racing, said: “The exciting new partnership with PKN Orlen is a statement of intent for both parties. It is proof of the ambition of our common project and of our desire to compete at the very top of Formula One.”

Obajtek added: “Building global brand recognition has also allowed us to start the co-branding process, under which all European [petrol] stations of our network will ultimately operate under one brand.

“Today, we are taking another important step on this path by associating ourselves with a team that has enormous tradition and history. Robert Kubica, one of the fastest drivers in the world, remains our ambassador.”

Alfa Romeo initially secured title rights to the Formula One team in a deal with Sauber Motorsport in 2018. Full team rights were then acquired in 2019 when the deal was upgraded.