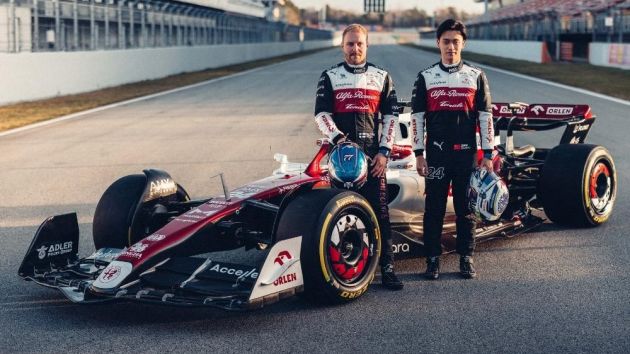 German sportswear giant Puma has become the official kit supplier of the Alfa Romeo Orlen Formula One team from the start of the 2022 season.

The deal comes ahead of the first race of the new campaign at the Bahrain Grand Prix on 20th March and will see Puma provide racewear, as well as footwear, for Alfa Romeo’s drivers Valtteri Bottas and Guanyu Zhou.

The new partnership will also see the brand launch a dedicated apparel and footwear range for the team’s crew for trackside, as well as when travelling between venues.

Puma already has a long-term partnership with Mercedes as their official kit supplier, as well as a broad deal with the all-female W Series.

“There is great potential in the cockpit of the Alfa Romeo F1 Team Orlen and I can’t wait to see them on their chase for the podium. We are really looking forward supporting Zhou Guanyu as the first Chinese Formula One driver. His participation is an important milestone to push the sport in his home country further,” said James Clark, head of sports marketing motorsport at Puma.

“Moreover, it is a pleasure to continue working together with Valtteri Bottas, who has been part of the Puma family since 2017 already.”

Frédéric Vasseur, Alfa Romeo Orlen team principal, added: “We welcome Puma to the Alfa Romeo F1 Team Orlen family with open arms. Like our team, their brand has a long and proud history in sports and has become synonymous with quality and innovation.

“They are going to help us deliver performance, not just by enabling our drivers and crew to train and compete with the latest gear, tailored to their needs, but also by pushing their research and development efforts to provide ever better equipment.”

Elsewhere, Puma has named new Mercedes driver George Russell as a brand ambassador to promote its lifestyle and performance range.