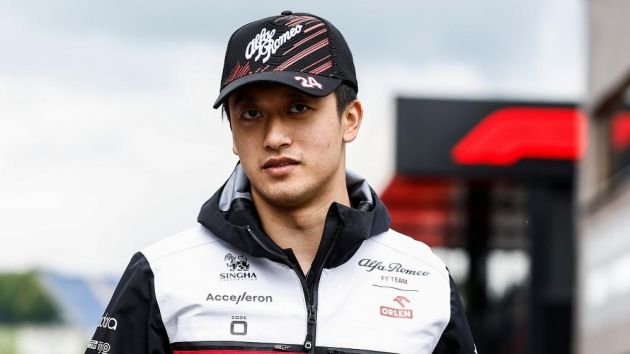 Alfa Romeo Racing are beginning to see greater signs of sponsorship interest from China though progress has been “difficult”, according to the Formula One outfit’s team principal Frédéric Vasseur.

Zhou Guanyu become the first Chinese driver to compete full-time in the global motorsport series after securing a seat at Alfa Romeo this season. Part of the attraction of signing the 23-year-old was the potential to open up greater commercial opportunities for the team in his home country.

Though Alfa Rome have inked partnerships with a few Chinese businesses, including dairy brand AMX, Vasseur has admitted Zhou’s arrival has not provided the sponsorship windfall the team had been hoping for.

“So far it was a bit difficult,” he told Autosport. “We signed with SenseTime and we already had AMX in the past, that’s the main two sponsors that we have from China.

“Perhaps it will take time, I’m convinced, but perhaps Zhou has to score first and to deliver first to attract new sponsors.

“But we have the feeling, because we have tons of contact, that it’s starting to work. But it’s quite slow.

“We signed now our second Chinese sponsor [SenseTime] and it’s a good move and I’m also happy with this. I know that it will be a long process.”

While Vasseur seems prepared to play the long game, he insisted any sponsorship deals were a bonus from having Zhou, rather than being the sole reason they signed the former Formula Two racer and Alpine test driver.

“You know that in the paddock we have a good number of ‘stupido’, with a very low understanding of our business,” Vasseur continued.

“At the end, I think the best is not to speak, but is to do. And that’s how he approached the situation.”

Vasseur added that he has spoken to Zhou about the suggestion that he was only chosen due to money.

“‘So just show to everybody that you are able to do it.’”

Zhou has scored five points so far in his debut Formula One campaign, having finished tenth in his debut race at the Bahrain Grand Prix and eighth at the Canadian Grand Prix.

While his presence has not ushered in a wave of commercial agreements for Alfa Romeo thus far, Formula One itself could have him to partially thank for one of its deals. In March, the series unveiled Chinese technology company Lenovo as an official partner ahead of the 2022 season.