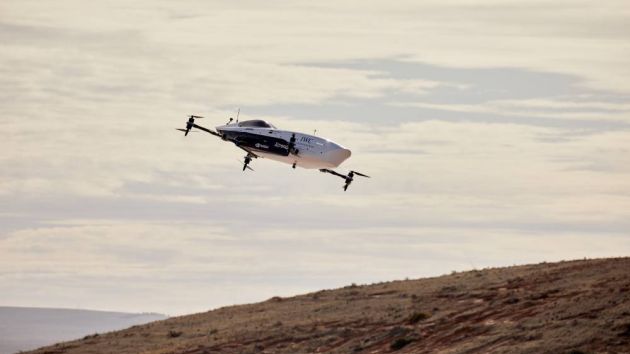 Electric flying car series Airspeeder has announced its first championship, EXA, is scheduled to take to the skies in 2021.

A series of ground-breaking flight tests were conducted by Airspeeder in South Australia, observed by Australia's Civil Aviation Authority (CASA).

Having proved a success, the tests mean that the series has the green light to go ahead with EXA later this year.

In the championship, up to four teams with two remote pilots will compete in three events, yet to be announced. Audiences will be able to tune in via a digital broadcast platform offering both live streams and content.

A pre-season test will take place in the form of drag race-style competitions between two works teams in Alauda, Australia ahead of the series start.

The race craft, known as the Alauda Aeronautics Mk3 EXA, will serve as a testbed for crewed vehicles. Pilots, chosen from varied backgrounds including esports, will control these vehicles in a simulator environment which imitates the Mk3 EXA's cockpit.

In addition, telerobotic avatars will sit in the cockpits of the Mk3 EXA, providing engineers with data and information on the impact the racing will have on human pilots.

"EXA delivers on the promise of a future first shown in science fiction," said Matthew Pearson, founder of Airspeeder and Alauda Aeronautics.

"We are proud to introduce a sport that redefines what humans and machines can achieve together. These historic first flights are just the start and we are all excited to begin a momentous new chapter in motorsport's rich legacy."