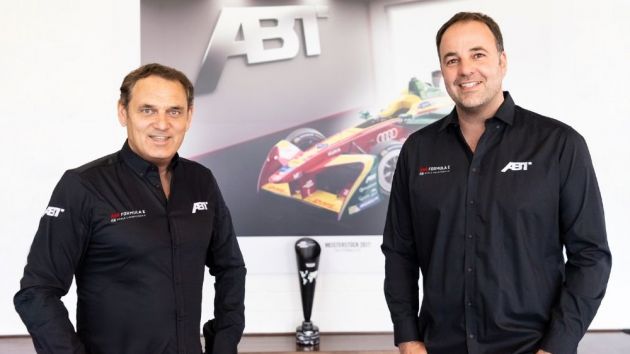 The Abt motorsport specialist will rejoin the Formula E all-electric racing series in 2023, after missing out on the 2021/22 season.

The German outfit participated in the first seven seasons of Formula E as a partner with Audi, but is not featuring in the ongoing season eight after the automaker left the series and handed back its licence.

As Formula E prepares to enter the new era of its Gen3 cars, Abt has secured a new powertrain supplier for the 2023 season, with details of that deal to be revealed soon. Abt is also in talks with the two drivers needed for the 2023 campaign.

“Formula E has always had a big place in our hearts and we have never made a secret of the fact that we want to be back,” said Abt’s managing partner Hans-Juergen Abt.

“After the internal kick-off, we are now talking to our current and potential partners. The goal is to bring a strong team to the championship, both on and off track.”

Alberto Longo, co-founder and chief championship officer of Formula E, added: “I am delighted to welcome Abt back to where they belong in the ABB FIA Formula E World Championship.

“Abt is a proven success story in Formula E with record-setting points and podium finishes so their return after a season out to be part of the Gen3 era is positive for fans and the sport.”