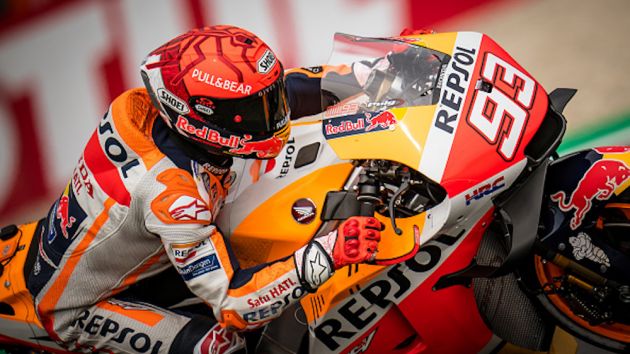 MotoGP's Thai round could be postponed for the second consecutive year due to the growing number of Covid-19 infections in Thailand, the country's tourism and sports minister, Phiphat Ratchakitprakarn, has said.

Ratchakitprakarn told the Bangkok Post that the government and the series commercial rights holder, Dorna Sports, will make a decision soon on whether the October race should be postponed to 2022.

"The country will lose opportunities if we have to host the races in October without sports fans, if there is a choice of holding the race without spectators or postponing, we would prefer to postpone," Ratchakitprakarn said.

The 2020 race at the Chang International Circuit was postponed, before it was later confirmed that the event, alongside the Malaysian MotoGP, would be scrapped completely.

The Chang International Circuit is located in Buri Ram, an area slated for reopening as the country plans to allow Covid-19 inoculated tourists back. The northeastern province was part of the reopening plans because of the MotoGP meeting, which was expected to draw a large number fans.

While there has been no indication of the Malaysian race being cancelled this year, the Sepang race follows the Thai event on the 2021 MotoGP calendar. Malaysia has also seen a spike in new Covid-19 cases in the past week and the country has been under a full movement control order since 1st June.

Neighbouring Singapore has already cancelled this year’s Formula One race scheduled for 3rd October, due to safety and logistic concerns connected to the ongoing Covid-19 pandemic.